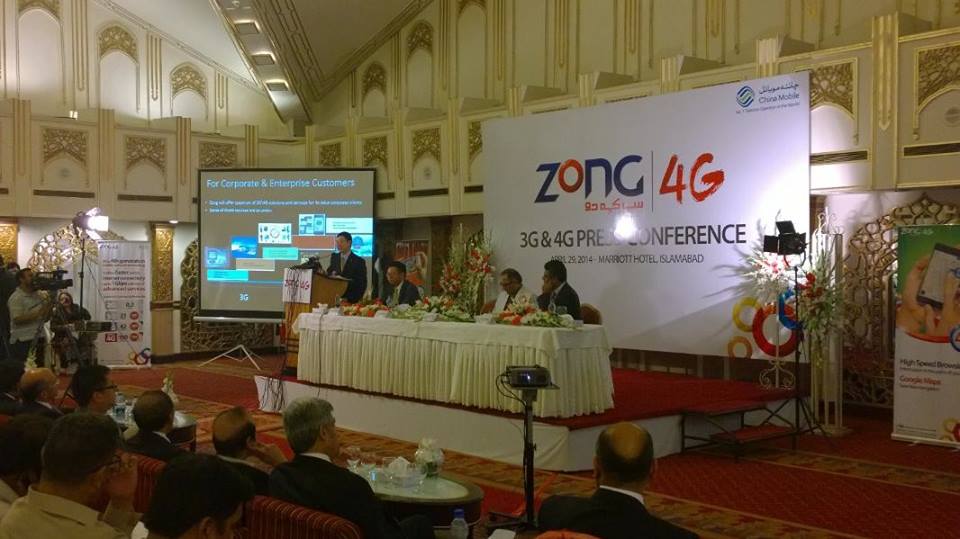 Government of Pakistan telecom operators had been offered by the Government of Pakistan to give 50% license fee as up front and apparent remaining dues in 5 years with markup of LIBOR plus 3% of the original billed amount. Chairman and Chief Executive Officer of Zong, Dr. Fan Yunjun, said: “Zong will clear its dues in a solitary go within coming few days, instead of paying 50% license fee up front and after that paying five equal installments (with interest)”.

Cash-strapped budgetary requirements of Pakistan will be helped with the decision of Zong of making the full payment of complete license fee for 3G and 4G spectrum at once. Telenor won a 5 MHz 3G spectrum in the auction for which it has paid 50% of US 147.5 million dollars, yesterday.

It would not be unjustified if it is said that Ministry of IT & PTA is treating Zong in an exclusive way because of its decision of paying entire license fee on a single go.

It won’t be out of place to mention here that PTA and Ministry of IT is giving Zong a special treatment in many ways due to its decision of clearing cent percent license fee. On the other hand, it is set aside in mind that wellbeing of further operators and the government are not cooperated throughout this extraordinary behavior.