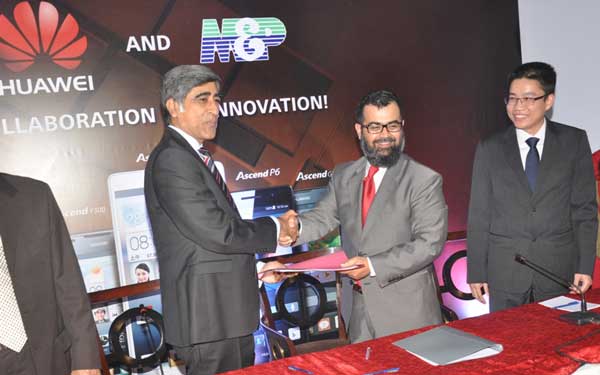 Zong has partnered with Muller and Phipps (MNP) to start selling 3G and 4G devices in Pakistan. As the usage of 3G and 4G mobile internet usage has been increased, Zong is taking care of its users by collaborating with Muller and Phipps (MNP) as its devices distributor in Pakistan to sell all types of 3G as well as 4G devices, handsets and smartphones all across Pakistan at affordable price rate.

Although the official press release does not clearly indicate the name of any specific smartphone but the second passage of the press release is somehow indicating towards the specifications of an unknown 4G handset. Have a look at this paragraph to be a witness of Zong upcoming 4G smartphone, may be:

“This is a superb gift from Zong for those who are looking to purchase a smart-phone for the first time. This device is an integrated camera, media player, and Internet browser all in a single phone. Just like any other smart-phone this device will allow you to check email and share photos with friends and family but to do it faster than ever”.

As you move on, release further says, “Zong is only 3G and 4G distributor of Pakistan. An extensive platform in affordable price was required to enjoy the speed and features of 3G and 4G, therefore Zong has taken the initiative to launch Hi-tech devices of 3G and 4G at affordable prices and with state of the Art technology.”

From the mobile selling market, we confirmed that Zong is already selling Zong M811 Smartphone in collaboration with Muller and Phipps, but we also confirmed that certain additional smartphones are also going to be launched in coming few weeks. In our views, it is a mistake by someone at Zong communication department to mix two separate events and released it for media.

The Head of Sales Terminal at Zong, Muzzamil Athar, also commented on the launch and said, “Zong always takes lead in introducing innovative technologies in telecom division for its values subscribers like 4G LTE and currently 4G enabled devices.  These devices are of most excellent quality to have the benefit of 3G/4G features.  Zong has record of providing best services to its customers that are cost-effective to their pockets.”

The Director Business development MNP, Mr. Abdul Wahid, also expressed his views and said, “People who are looking for a mini-computer with high speed internet, which they can put into their pockets, should think getting a Zong 3G/4G enabled handsets. Phones like these let an individual to work on things that frequently necessitate a laptop or a desktop computer. For example, one can test out stock quotes, game scores, and be up to date of the latest news. While it is factual that any Smartphone can do this but only Zong 3G/4G-capable devices give high internet speeds that reach up to 1 Gbit/s. For those who upload and download a lot of information, getting these devices is a prudent choice.”

Zong One Plus One Offer for Mobile Broadband