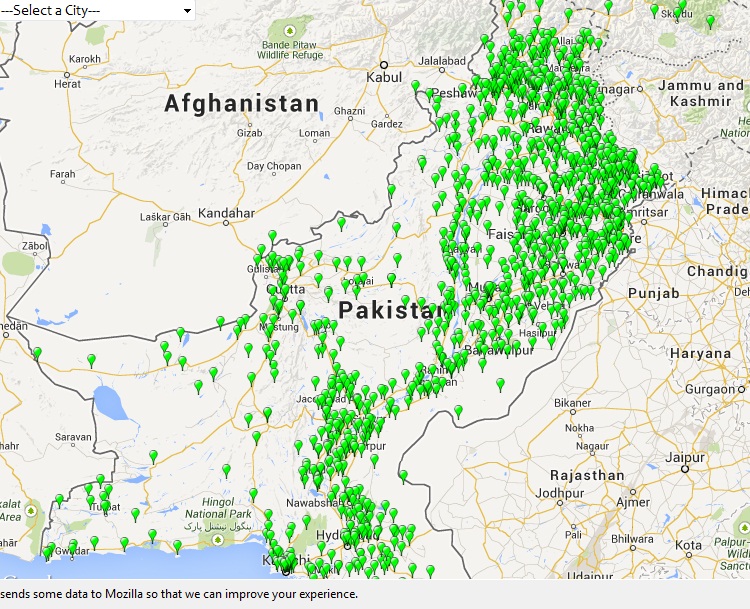 Before the official launch of Zong 4G in Pakistan, Zong 4G coverage maps get leaked on the web. Zong 4G was supposed to be launched this month as we have updated earlier. Now Zong 4Ghas already been launched officially all over Pakistan yesterday, but Zong 4G map had leaked through Zong’s official website ahead of its official launch.

Zong 4G coverage map include all those locations and areas where Zong 4G service is available at the time of launch. The directory listing of particular folder containing Zong’s 4G coverage maps was found by an enthusiastic IT reader who became the source of leakage of Zong 4G map on the web.

Zong 4G coverage map is formerly available in KMZ format (Google Earth Files). All particular locations of Zong 4G covered areas are high lightened there. Not only this, the accurate location of cell sites are also given in these files that are at present 4G ready and can be shifted to Zong 4G network instantly.

According to the leaked coverage maps of Zong 4G service in Pakistan, it is concluded that initially, Zong will launch its 4G services in 5 major cities of Pakistan namely:

If the leaked Zong 4G map is authentic then it is clear that Zong 4G coverage is much more extensive in Lahore as compare to Karachi where Zong 4G signals are weaker. Plus, the posh areas of Islamabad are just about covered. A small portion of Rawalpindi is receiving Zong 4G network, Bahria Town Rawalpindi is fully covered by Zong 4G network. A slight Zong 4G coverage is seen in Faisalabad. You can also make further conclusion by self-visualizing the Zong 4G map coverage areas.