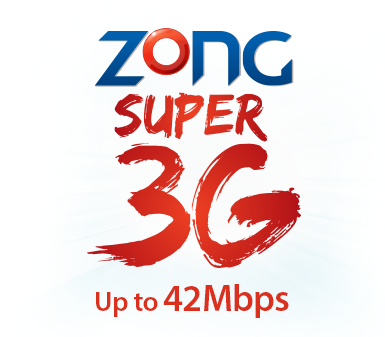 Zong stretches its 3G coverage to 40 cities of Pakistan. Recently, after the first birthday of 3G and 4G spectrum in Pakistan, the stats came out as a total of 2.9 million 3G subscribers base in Pakistan. With this announcement, Zong also announced on its behalf that the company provides its 3G services in 40 cities across Pakistan.

In a press conference, Zong released the words that Zong is now the 2nd largest 3G operator in Pakistan in terms of its customers. Furthermore, Zong is also busy in the extensive 3G roll-out campaign that resulted in the increment of number of cities of Pakistan where Zong 3G network and services are present. The total number of Zong 4G customers has also increased to 31,500.

The Director Marketing at Zong, Zhang Peng, commented on the launch of Zong 3G in these cities and said,

This success is a sign of our potency as Pakistan’s only 3G & 4G operator, and affirms how Zong is productively reaching out to growing customers every day. Zong plans on prevalent extension of its 3G & 4G services in the present year, with predictable service provision of 3G to get to a sum of over 100 cities as well as the whole of Motorway and GT Road.

Those cities of Pakistan that are recently being added into the list of cities where Zong 3G is present include the following 9 cities of our country:

The Cities where Zong 3G was already available:

Zong 3G is also available near the cities of both motorways M1 and M2, Recently Zong collaborated with Daewoo to provide free 3G service to the passengers on motorway. Well, Zong in there statement said that they are now in 40 cities.

The best thing about Zong is that it is the only operator of Pakistan which is bearing a technology neutral portfolio and offering its customers with the same data bundles for 2G, 3G and 4G internet usage. Just there speeds as different as per the type. So what are you waiting for??? Simply dial the unified short code *6464# for the subscription of any of the Zong 2G, 3G and 4G data bundle easily!!!