SimsPk also told its readers that Warid has initiated the program of Warid 4G enabled SIMs delivery service to those Warid customers who are living in Warid 4G coverage areas and also have a 4G enabled smartphone. According to sources, this program will soon be terminated before the official launch of Warid 4G LTE trial service in Pakistan.

Warid will offer 4G LTE trials in 6 major cities of Pakistan including:

According to the coverage map of Warid 4G LTE service that SimsPk has received, we can assure that the quality of Warid 4G network is great and it is sooner and aggressively going to expand the roll out of 4G network in far and wide regions of Pakistan.

If you want to check that whether you are in Warid 4G coverage area or not, then 2 procedures are given below: 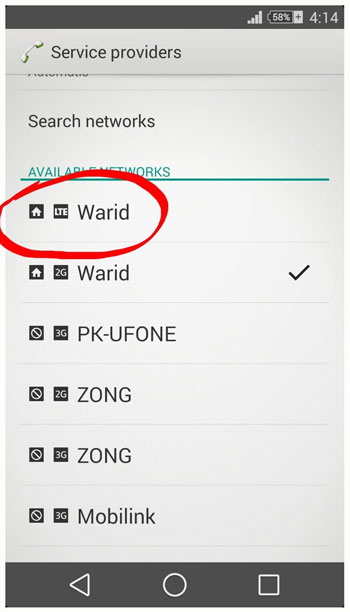