Today, Warid telecom announced the availability of Warid 4G LTE network and services in 12 cities of Pakistan by adding further 4 cities in the list of the cities of country where Warid 4G is present. After the successful and highly vigorous commercial launch of Warid 4G LTE services in major cities of Pakistan, Warid proudly announces the commercial launch of its 4G network in Peshawar, Quetta, Sheikhupura and Multan. So all new, old and MNP customers of Warid network in these new 4 cities of Warid 4G services are now able to use 4G LTE services on their Warid prepaid as well as postpaid numbers.

Currently, Warid if offering its 4G LTE network and services in the following 12 major cities of Pakistan namely: 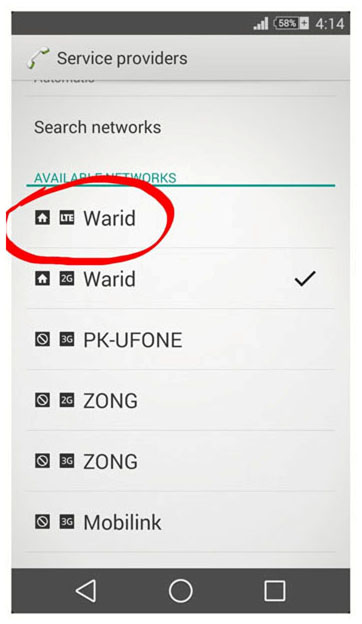