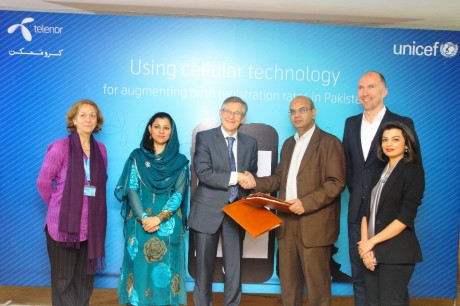 Telenor Pakistan is rolling out continuously for the steady network of high speed mobile internet and data for all of its subscribers living in far and wide regions of Asia after winning 3G license in Pakistan. In the 1st ever next generation auction of Pakistan that was conducted by the Pakistan Telecommunication Authority (PTA), it was guaranteed that Telenor is going to be licensed with 2×5 MHz of 3G spectrum in the band width of 2100 MHz and its validity is of 15 years.

Among the 6 Asian operators of Telenor group who have 3G spectrum, Telenor Pakistan is the 4th one. In the 3G powered Asian markets, Telenor will soon be adding millions of its Pakistani subscribers to its growing network of much more than 100 million Telenor subscribers.

The Senior Vice President of Telenor Group region Asia and Chairman, Telenor Pakistan, Tore Johnsen, said, “This is a well-built start of the next chapter for Telenor Pakistan and a grand landmark for our 10th year in operation. Pakistan is our 4th ‘3G market’ in Asia, and as we’ve previously experienced in Thailand, Malaysia and Bangladesh, 3G is the enabler of improved, faster and more supple data services and, for sure, of Internet for All.”

As soon as essential clearances are issued, Telenor is planning a fast roll out all across Pakistan With a 3G-ready network already in place. Since 2013, 8000 site network of Telenor has already been prepared for the next generation technologies. It was the time when company was conduction out an all-inclusive upgrading of its network infrastructure. Telenor has already introduced and developed offerings of wide-ranging internet content for its customers that also include partnershipings with services such as WhatsApp & Facebook. Telenor Pakistan partnered with Tameer Bank for the creation of Easypaisa as early as in 2009. Easypaisa is considered to be as the major driver for financial addition in Pakistan as it is one of the most flourishing mobile branchless banking services of the world.

USD 147.5 million will be the total sum up cost of the 3G spectrum that would be granted to Telenor Pakistan is the 1st next generation auction conducted on 23rd April, 2014.

In Pakistan, the commencement of a fresh age of connectivity is represented by the influx of 3G services. Hardly 1 in 10 of Pakistanis has access to the Internet in today’s era. Despite the fact that millions of customers of Telenor Pakistan are using internet services over 2G at the moment, it is estimated that this number will ascend as 3G is introduced.

It is noted by Telenor groups that significant benefits to economy will be generated with the increment in the saturation of 3G services. Recently, GSMA conducted a study that has shown that 10% switch from 2G to 3G penetration increases GDP per capita growth by 0.15%. just last November in Pakistan, with the existing cellular mobile tele-density crossing the 73% mark, the roll out of 3G mobile services in 2014 is likely to cooperate a crucial function in the socioeconomic growth of Pakistan, as it is predicted by Telenor groups.

Telenor Pakistan is the 2nd largest cellular company of Pakistan that has 35 million customers that is approximately 75% of the population of Pakistan. Telenor Group completely owns this company that has a well-built track evidence of providing leading industry mobile services and modernizations for all customers in Pakistan.

Telenor and Djuice Weekly Internet All In One Plus Offer