Soon, the major population on the globe is going to avail Fibre quality internet connectivity over satellite in which Pakistan is also included. High speed satellite internet O3b is soon going to be available in Pakistan.

This service is going to be launched commercially in coming few months. the first ever Medium Earth Orbit (MEO) satellites of the world will operate the service as these are capable of presenting fibre like internet speeds to the end users.

O3b networks (other three billion without internet networks) is planning to interlink developing countries of world by means of high-speed Internet over satellite where there is no other means of connectivity. Satellites of O3b will fly in medium earth orbit 8,062Kms over the equator in contrast to the traditional GEO (geostationary earth orbit) based satellites at 36,000 Kms. It is said by O3b that in a band between 45 degrees north and 45 degrees south latitude, it is aiming to reach customers as it is the home to most of the population of the globe. 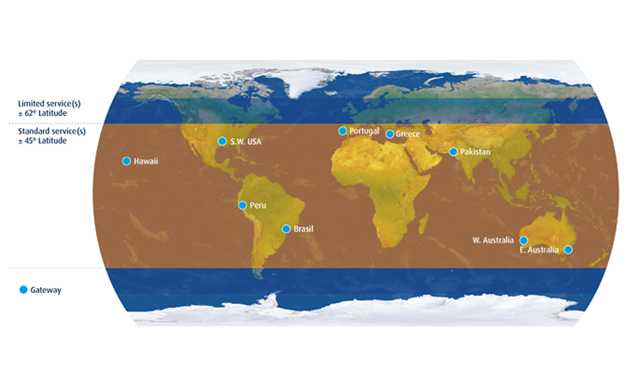 In near future in Pakistan, Interactive E-solutions which is the leading IT and telecom enabler of Pakistan will commercially launch high speed O3b services. A system with low-latency, higher-speed alternative to conventional geostationary satellites is basically the claim of O3b. “Other 3 billion” is the full-form of O3b that represents the estimated number of people without reliable, high-speed Internet connections in developing countries of the world.

The Chairman / CEO of Interactive Group, Shahid Mahmud, shared his thoughts on the launch of another 4 satellites of O3b, “We are extremely excited and welcome the successful launch of O3b satellites. Pakistani market offers immense appetite for bandwidth and data in areas of application in health, telemedicine, education, e-learning, e-governance, public safety and many others. Very soon, we will usher in a new era of Internet usage by proliferating the positive effects of connectivity amongst the people of Pakistan.”

The CEO O3b, Steve Collar, talked to the media at French Guiana, “We are thrilled at the successful launch of our satellites. The four satellites launched Thursday will enter service within few months. We are already looking at the third launch of another 4 satellites which will make constellation of 12 satellites by end of this year, but we can grow to more than 100. The future is very bright, and we will only be limited by the market. For the time being, we don’t see any stop in the demand for broadband connectivity, so we’re going to keep launching satellites and keep deploying services for as long as there is demand.”