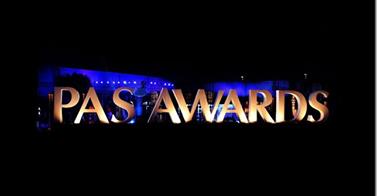 This year, the awards were classified in total 34 different categories with 2 special award category named as the “Best original local campaign” & “Campaign of the Year”. The radio presenter and actor Khalid Malik was the anchor host for the award presenting ceremony. The show was featured with performances of Arif Lohar, Sajjad Ali, Adil Omer & Ali Gul Pir, Asim Azhar, Humaima Mallick & Sara Loren.

Pakistan Advertisers Society addressed that straddling across a variety of sections, each category had a devastating reaction from brands and agencies of Pakistan this year that are nearly about 200 entries in different sections.

On Express Entertainment and Times, the recording of the ceremony will be broadcasted, as said by PAS.

Below, the list of all awards winner in the PAS Awards Function is given below for our readers: