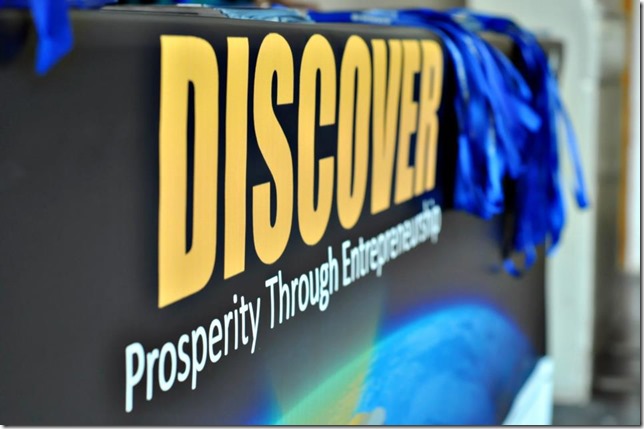 Mobilink Discover — NUST Business Plan Competition — 2014 has been launched by the number one network of Pakistan Mobilink in collaboration with the National University of Science and Technology (NUST). On national level, this competition has been arranged. To introduce innovative business and entrepreneurship ideas is the aim of this competition at encouraging students.

From 70 universities, 2500 students are hopefully being a part of Mobilink Discover- NUST Business Plan Competition 2014. To the winners of the competition, a total of Rs. 2.5 million will be awarded. Half million rupees will be given to the winning team whereas Rs. 300,000 will be awarded to the first runner up team.

Prizes will also be awarded to the top 5 teams from each track that will be apart from the networking & learning. The details are given as below:

Apart from the learning and networking cash prizes will also be awarded to the top Five Teams from each track as per details below:

The Director Corporate Communications Mobilink, Omar Manzur, said” Corporate as well as individual patronage has always been one of the core motives of Mobilink. Mobilink Discover — NUST Business Plan Competition 2014provides the youth with the opportunity to showcase their skills and play their part in bringing innovation to the business industry. I am confident that the competition will play a positive role in contributing to the economic development and bringing better business opportunities to the country. I wish all the participants the best of luck for Mobilink Discover — NUST Business Plan Competition 2014”

In 2011, this competition was first organized and is one of the fewer events certified by the Prime Minister of Pakistan.

In 2013, more than 1600 students from 55 different universities participated in this competition. This competition generated great business ideas because of which it was acknowledged on the international forums. At the opening ceremony of the 2014 Chapter that held earlier in 2014, the Winners and Finalist of 2013 Discover were awarded. By Honorable President Islamic republic of Pakistan, His Excellency Mamnoon Hussain, the winners received cash prizes. A number of contestants of Discover Business plan competition are now successful entrepreneurs who are running their personal companies.

For the registration purpose in this competition, Students and universities who are interested may register online by visiting www.mobilinkdiscover.com. In December 2014, the grand finale will be held.