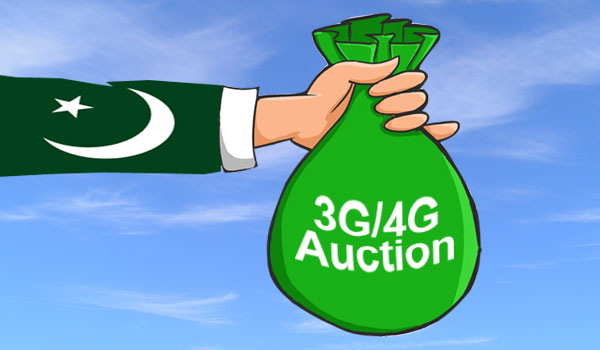 For this reason, an advertisement has already been thrown by the regulatory authority PTA to obtain expression of interest (EOI) so that consultant could be hired for the auctioning on unsold 3G and 4G licenses slots i.e. 850 MHz (defunct) and 1800 MHz spectrum. The auction is planned to be organized in 2015 so that Next Generation Mobile Services could further be rolled out in the country at larger scale.

$ 1.112 billion for the national exchequer was generated in April 2014 auction of 3G 4G licenses but government succeeded to collect merely $ 965 million in the FY 2013-14. Under an installment payment program to easy cellular operators, Ufone and Telenor are yet to pay $ 147 million to the government of Pakistan. The program was itself initiated by government to ease telecom operator companies. Furthermore, both companies were very much cautious at the time of buying spectrum when both of them bought just 5 MHz each.

After the launch of 3G services in Pakistan, around 5million 3G users count in merely 7 months as figured by PTA. Currently, there are 2 4G and 4 3G cellular operators in Pakistan who are giving best internet bundle plans to their individual subscribers.

According to the advertisement of unsold 3G 4G licenses, the consultant is supposed to assess the market for the auction in addition to catch the attention of new investors from outside regions of Pakistan. As similar to the next generation spectrum auction April 2014, PTA has been asked to sell the two slots (850 MHz defunct and 1800 MHz spectrum) for the highest potential value. Let’s see who becomes that potential buyer of remaining 3G and 4G licenses in Pakistan. Stay connected with SimsPk for further updates.