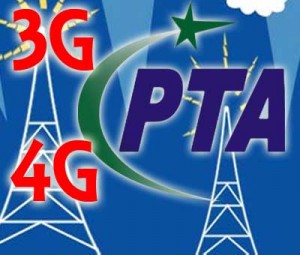 Recently, 3G and 4G licenses were auctioned in Pakistan t 4 telecom companies including Telenor, Zong, Ufone and Mobilink. It has been confirmed by Pakistan Telecommunication Authority (PTA) to simspk that the 3G/4G license award ceremony is going to be held on 22nd of May, 2014. Furthermore, Pakistan Telecommunication Authority has confirmed that 3G licenses will be awarded to Telenor, Mobilink and Ufone while only Zong will be awarded with both 3G and 4G license.

3G, 4G license awarding ceremony & NOC from PTA is being anticipated as it was made mandatory that all telecom companies have to launch their 3G services in Pakistan on commercial level.

As FBR suddenly asked PTA for the collection of additional 10% advance tax n addition to the basic and original fee for 3G and 4G license, therefore the upfront amount payment was hanged on. Earlier, it was not mentioned about the collection of withholding tax in IM of 3G and 4G licenses. So it took the whole telecom industry of Pakistan to a surprise scenario. After several meetings, telecom operators got ready to pay withholding tax in the form of 10% of upfront payment.

It is worth mentioning here that FBR will ultimately settle withholding tax and operators will either be repaid with it or will be compensated on account of supplementary taxes before the end of monetary year. Telecom companies were not happy to pay additional millions of dollars to the original spectrum fees of 3G and 4G licenses.

Now, as the tax dispute has been settled between government and telecom operators, it has been decided finally that license award ceremony will be celebrated on 22nd of May, 2014.